In 2020, Traumatic Brain Injury (TBI) caused 64,362 deaths. Six hundred eleven Americans were hospitalized from this same condition in 2019. Concussions are a common type of mild TBI resulting from a fall, car accident, or sports injury that we see here at West Suburban Wellness.

Concussions can cause a range of symptoms and possible long-term effects. The one element they have in common is that they need to be treated as quickly and comprehensively as possible. Here at West Suburban Wellness, our chiropractor for concussion hopes the following overview will help our current and future patients get the treatment they need to optimize brain health.

What is a Concussion?

Since a concussion is a TBI, it involves head trauma. Such trauma could result from a fall, blow to the head, or accident. The essential feature of a TBI is that the brain moves quickly and slams against the inside of the skull. Since the skull is rigid and its interior has some sharp, bony projections, the brain can sustain significant damage.

Concussions are classified as mild TBIs because they don’t permanently damage the brain. Even though concussion-related damage isn’t permanent, it can profoundly impact life for months or sometimes years. The primary goals of our chiropractic for concussions, here at West Suburban Wellness, are to help relieve the pain associated with this condition and promote long-term healing.

Three of the most common causes of concussions are auto accidents, falls, and contact sports injuries. Auto accidents cause 56% of TBI-related deaths among elementary-school-aged children, so riding in the back seat and wearing a seat belt is critical for children in this age range. Those who drive after drinking alcohol or taking certain prescription medications are another group that is more prone to being injured or injuring others in an auto accident. Since our chiropractor for concussion discourages sedating pain medications, our patients are at less risk for a concussion from chemical impairment.

Falls are common among the elderly and cause nearly 80% of all TBIs they sustain. Modifying the home by installing grab bars, adding brighter lighting, and removing fall hazards such as loose rugs is essential to reducing fall risk. Exercise can also help elderly individuals maintain their ability to move and remain independent in their homes for as long as possible. Conditions such as dizziness or vertigo are also responsible for many fall-related concussions we see here at West Suburban Wellness.

Our experienced concussion chiropractor also sees many sports-related injuries. These are primarily during contact sports such as hockey, football, wrestling, or soccer. Players should always wear protective gear since it can reduce the severity of a concussion or sometimes prevent one entirely. Student-athletes need to be taught about the importance of brain safety and how to quickly identify some of the concussion symptoms in themselves or another player.

Depending on the extent of the injury, a concussion can resolve within weeks or may cause lingering effects that last for years. The severity of symptoms can range from mild annoyances to life-altering changes. The following are some of the most common concussion symptoms we see here at West Suburban Wellness:

Most of our patients report that 80-90% of their concussion symptoms resolve within a week. After a week, many patients have much milder symptoms. Post-concussion syndrome is a controversial term used to describe the long-term effects some patients experience after a concussion. It is controversial because the same symptoms are often present following other types of trauma, such as whiplash or limb amputation. Symptoms of this condition can include mood changes, depression, anxiety, insomnia, vertigo, and migraines. 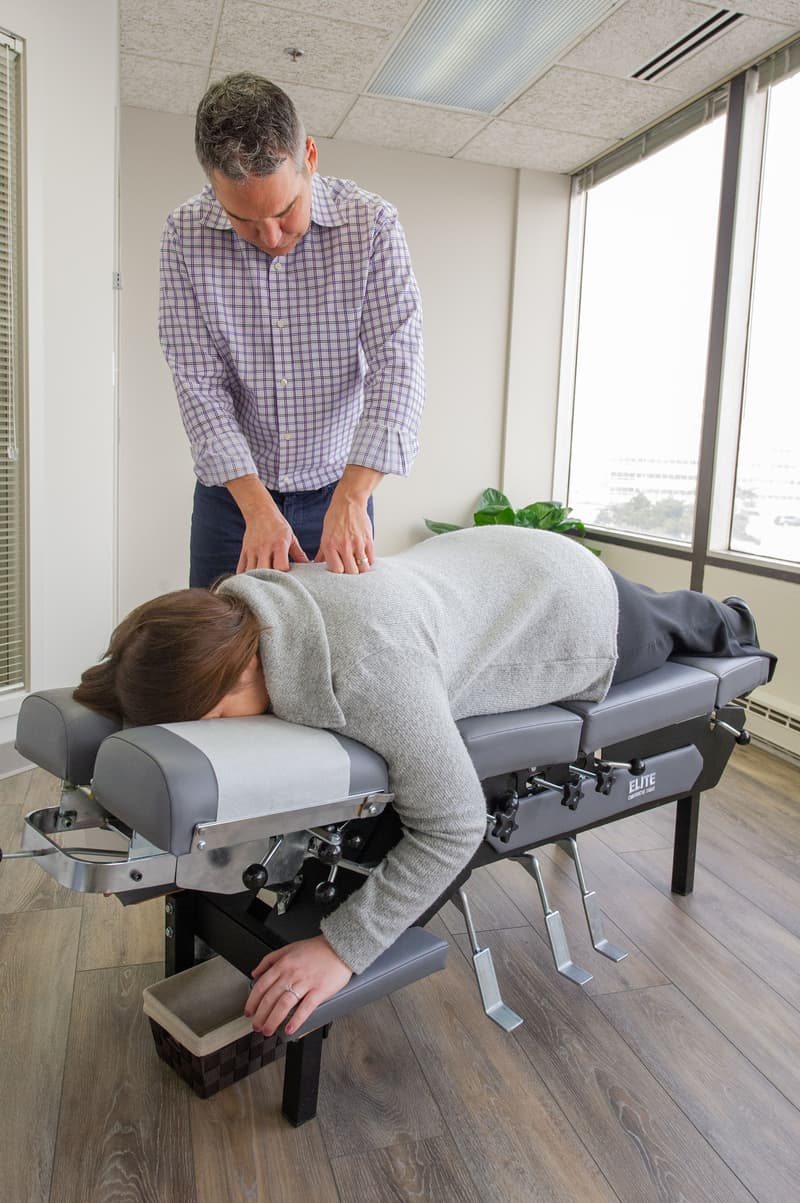 How Our Chiropractic Works to Eliminate Concussion Symptoms

While most people use their smartphones for many reasons, not too many use them to find a “chiropractor for concussion near me.” This is because many don’t understand the essential role chiropractic for concussion treatment can play in alleviating symptoms of this condition and reducing long-term effects.

Since the brain is connected to the rest of the body through the spinal cord and nerves, any brain injury can affect the entire body. Attaining and preserving optimal nerve health can give the brain access to all the benefits of gentle movement, good nutrition, and stress management therapies. Since one of the foundations of chiropractic for concussion is giving the brain everything it needs to heal, our chiropractor for concussion can provide excellent treatment options for this condition.

Here at West Suburban Wellness, our chiropractor uses an array of techniques to enhance concussion recovery. Some of these are performed in our office. Others are home-based interventions designed to help our patients maximize their concussion recovery and overall health.

The first step in any treatment is getting a clear picture of a patient’s health. Our West Suburban Wellness team begins with gathering a detailed patient health history during the initial concussion treatment appointment. This includes questions about health conditions, medications, and lifestyle factors. It also encompasses social support, stress management, and life events to consider the critical role such factors play in health.

We also perform a wide range of physical examinations and assessments. Some are tests for movement, sensation, and other functional assessments. Others may take the form of imaging or scans.

Chiropractic adjustment or spinal manipulation is an essential intervention for most of our patients. Since many of the issues related to concussions stem from the cervical spine or neck area of the spine, our chiropractor focuses on this portion of the spine. Our chiropractor for concussions gently stretches the upper spine or neck during a neck decompression treatment. This treatment reduces the pressure on the nerves.

Nerve compression can complicate concussion recovery since it interferes with brain-body communication and sometimes makes the pain feel worse. Compressed nerves can also create additional pain of their own that can further compound recovery. Relieving nerve compression can give ailing nerves and the body areas they control some needed space for healing.

After a concussion, the brain needs supportive care for optimal recovery. Our team specializes in creating gentle movement plans designed to bring the stress-reducing benefits of exercise without too much strain or worry. Nutrition guidelines are developed for each patient to provide an appropriate balance of nutrients for the brain and overall health. While it may seem odd to plan for relaxation, in our experience, it is so vital to concussion recovery that making it a priority is essential.

If you’ve been in an accident or other head trauma-inducing event, you need treatment as soon as possible. Our team here at West Suburban Wellness is experienced and equipped with the latest medical knowledge on concussions. Taking a few moments to schedule a concussion consultation will bring you peace of mind and one step closer to getting the care you deserve. 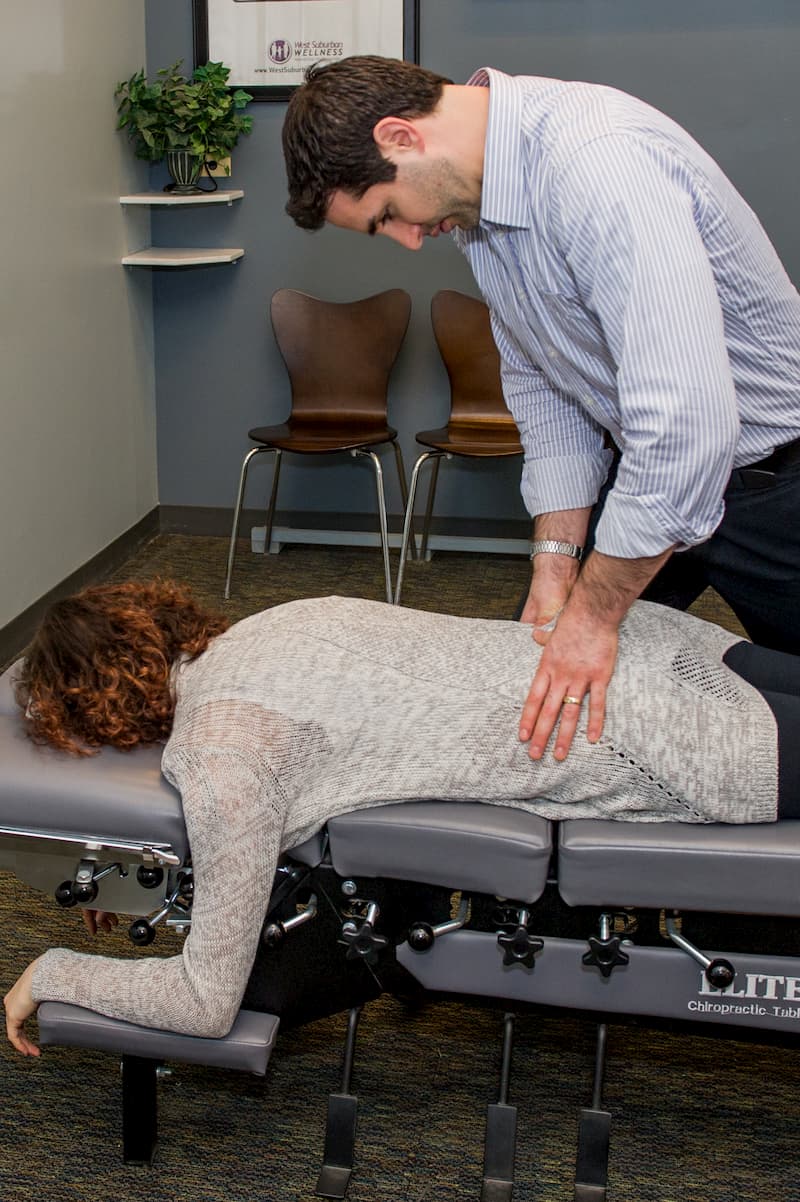 What If The Service I Need Isn’t Listed? Call Us

Come see us! If you are suffering from pain reach out to us and we will get you in the office to see our team of professionals as soon as possible.